Marijon Ancich coached high school football for seven decades in Southern California, starting as an assistant at St. Paul High School in 1959. He was a trendsetter, an innovator and a man who helped prepare and inspire dozens of his former players and assistants to become head coaches and great people. Coach Marijon Ancich was the head football coach at St. Paul High School from 1961-1981, 1993-2005, & 2009-2012. He is the second-winningest high school football coach in California history with a record of 360-134-4, & led the Swordsmen to six championship titles. Coach Marijon Ancich entered eternal life on December 8th, 2018.

To make an online gift, visit www.stpaulapps.org/donatenow and select the "Marijon Ancich Memorial Fund" on the drop down menu. 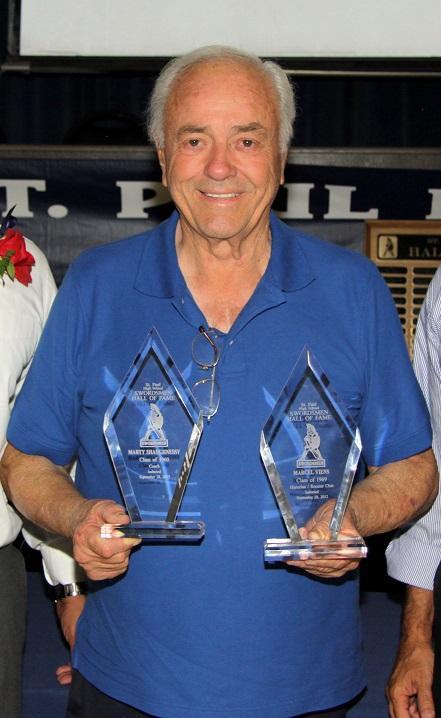